The world's largest uninterrupted sand mass, the Rub Al Khali (Empty Quarter) will blow you away with massive expanses of awesome desert and enormous dunes. That is why it is a magnificent location for a luxurious desert hotel.

The Environment Agency – Abu Dhabi, EAD, in collaboration with Bee Breeders, the Architecture Competition Organisers, have announced the winners for two main competitions that were launched at the end of last year. The competitions included the design of two major projects; the Abu Dhabi Flamingo Visitor Centre in the Al Wathba Wetlands Reserve and the Mega Dunes Ecolodge in the Arabian Oryx Protected Area.

The brief was for 25 sustainable eco-lodges to be built in protected areas close to where the Arabian Oryx dwell. The jury was looking for creative, sustainable, and constructible proposals designed with sensitivity to this delicate natural environment.

So far the plans are only at the concept stage, the top three designs have been revealed. 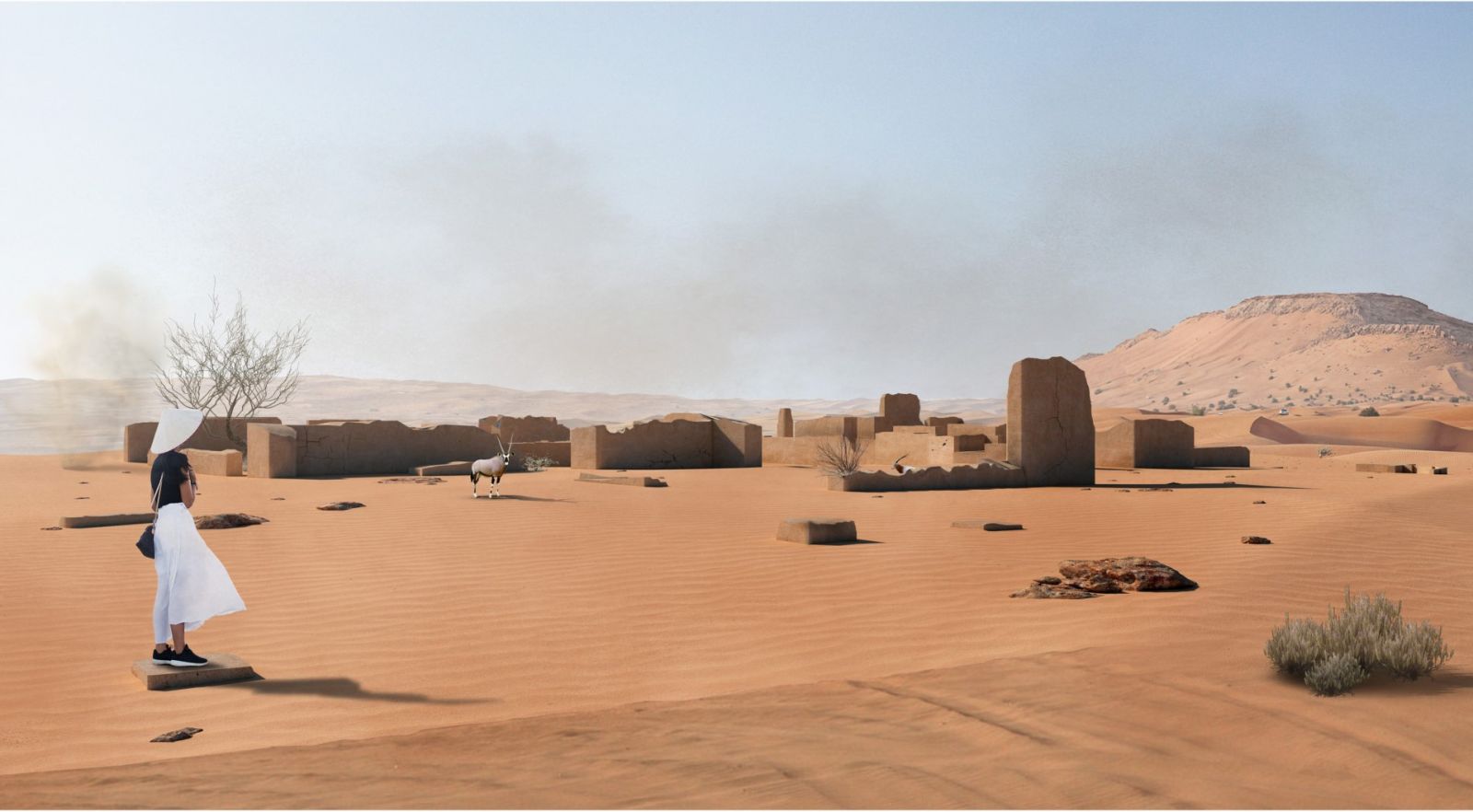 The judges said it "stands out with its unique conceptual approach of ephemeral placemaking that dissolves back into nature as ruins over time. The ideas of physical memory, and an original approach to sustainability and building life cycle is remarkable.

"Physically, the gradual transition from the exterior to the interior world through a series of thresholds, and the grand roof canopy of the common hub large enough to form its own microclimate, are low-tech but powerful architectural gestures that respond to local environmental constraints." 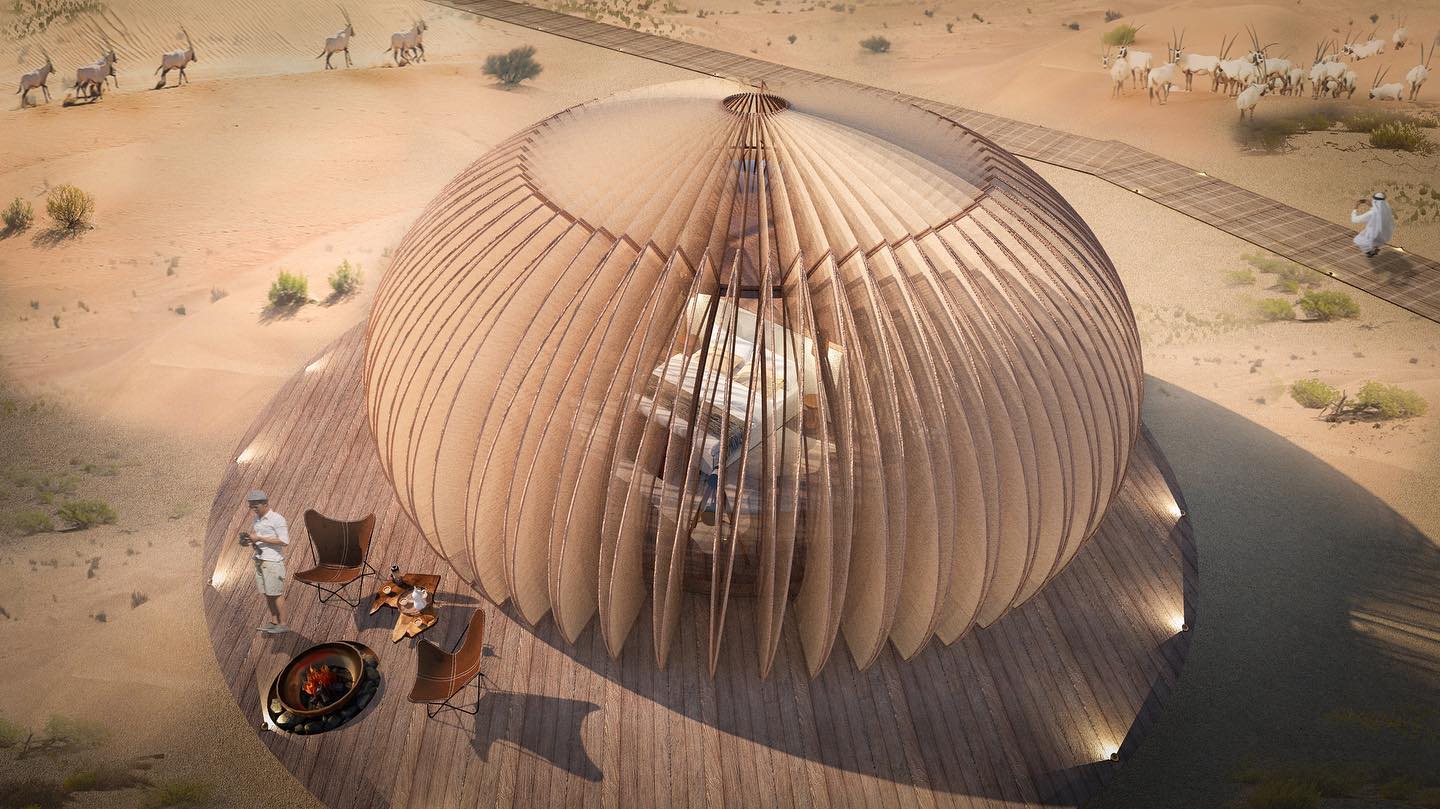 The judges said: "The range of possibilities offered by the reconfigurable shading structure is well-considered. The circular form offers a 360-degree panoramic mini-universe for users with the ability to reconfigure privacy, views, and shading to changing needs.

"The aggregation of units to form a common hub is consistent with the project's overall "constellation" concept. The desert cactus-like form feels appropriate to the context without becoming overly mimetic. The glazing extents and the double-curved glazing panel geometry appears excessive, adding solid thermal mass, optimising the amount of glass in the inner shell should be considered, to increase thermal performance and decrease costs." 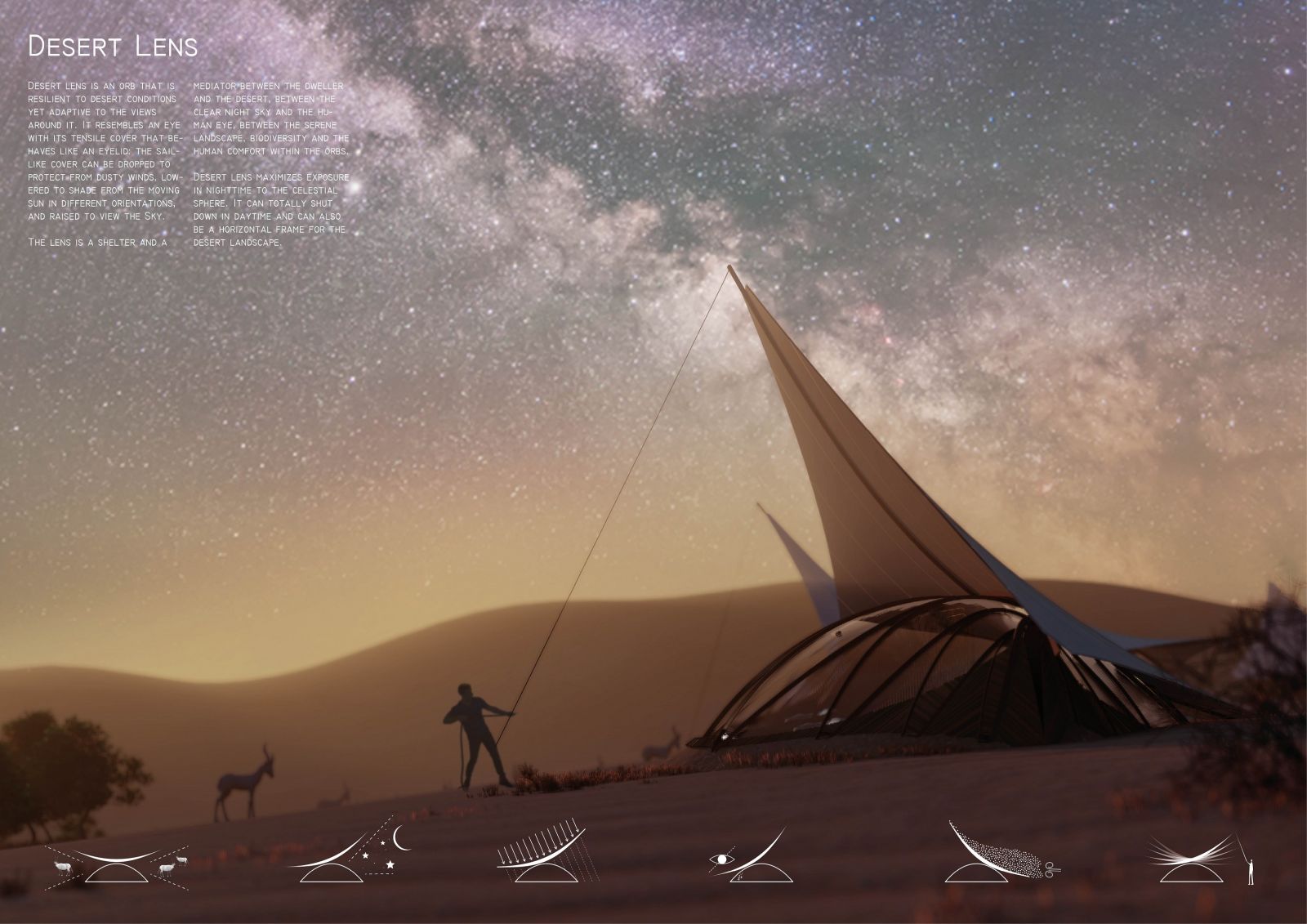 Judges said it "achieves a high level of flexibility via a reconfigurable tensile structure superimposed on a fixed bamboo shell. The ability of the tensile structure to provide privacy, shelter from elements, and shaded areas in a simple, low-cost, analog manner is effective.

"The rendering depicting the user interacting with the tensile structure in the windy, sublime context is a poetic depiction of man not alienated from - but part of - the dune ecosystem."

One of these designs could be coming to the Rub' al Khali desert soon. We are excited for the final result, we'll let you know for more news.

We keep you updated on the city's latest happenings!